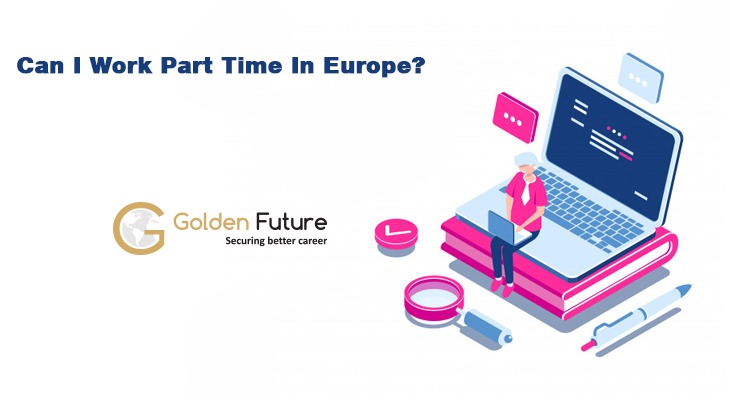 Can I work part time in Europe?

If anyone is planning to pursue their bright careers in Europe, it is always suggested that you must have sufficient financial support to sponsor your studies. Also it is advisable to quickly get engaged in some sort of income once the academic year starts. This will ease your financial burden to some extent while at the same time you can enjoy being in Europe. Almost all countries in Europe supports “work along with study” culture. Apart from financials it also helps students to keep pace with the prominent world outside of classrooms. Some universities and countries allow their students to work for unlimited hours but part time and few countries applies limits on working hours per term.

However, when you live in European Union for more than six months, which most of the individuals do to complete their academic programme, you will be considered as a tax – paying resident. When you start a part time work while studying you have to pay taxes and other social security contributions. Countries in Europe also promote, specially international students, working in other countries apart from the one in which you are pursuing your studies during summer breaks. Also it is worth to note that you need not to obtain a separate work permit to do a job simultaneously with your studies.

Countries in Europe typically has two types of system in place in their universities to allow their students work parallel to their studies. 1) Part time – Part time work is usually allowed by most of the universities in Europe. The maximum working hours per week is 20, beyond which you are not allowed to work as it may harm your studies. 2) Full time – Once the term gets over, we call it end semester in India, students can take full time engagement till the next term starts. The working hours restriction is pulled off by universities during the brakes.

Hence it can be said that Europe provides a healthy environment to work while you study. It helps in take off some financial burden as well. For details, you may get in touch with us. At Golden future, we can figure out the right opportunity for you in Europe.

Study and Student visa for Germany

Study and Work visa in the UK

Can you work on student visa in Denmark?