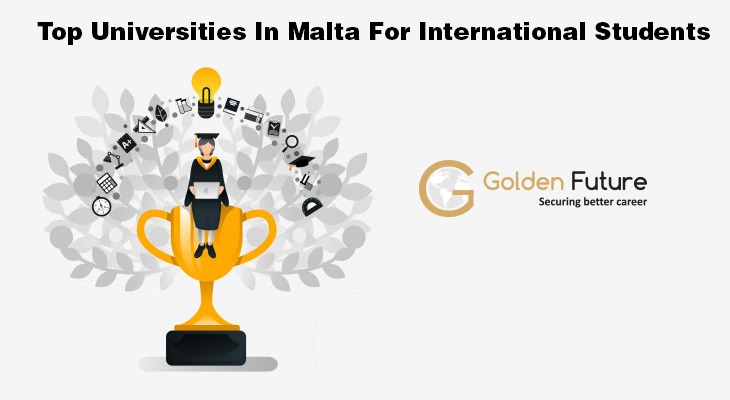 The island nation of Malta has become a center of attraction for pursuing higher studies. Malta has always been on the map of international tourism and now it is gaining popularity academically as well. There are number of Universities and colleges in Malta for International students. The education system of Malta is oldest one in the world outside UK. Most of the courses offered by universities and colleges in Malta are in English language. We, at Golden Future, have been assisting students who wish to study abroad in Malta. Malta offers best in class education, skill and training to students. Along with these, there is Low tuition fee in Malta compared to other European countries. World’s most prestigious university and institutes offer young internationals to study Masters or Bachelors in Malta.

The institute is heaven if you wish to study travel and English language courses. The institute is working in partnership with IMI International Management Institute, Switzerland. The institute is committed to impart knowledge, education and training as per the industry requirement. Malta is one of the most preferred tourist destinations and hosts tourists from all across the globe. To facilitate such scenario the institute always appreciate the diversity among students which make is best college in Malta for international students.

MCAST promises a rewarding career in the field of arts, science and technology. Each year the college provide education and best in class training to more than 6000 students. The philosophy that institute thrives upon is the commitment to make their students responsible, enthusiastic with string moral and social values. Such atmosphere couples with numerous national and international exposures make it one of the leading colleges in Malta for international students.

Established in 1985, the institute belongs to private sector and is affiliated by University of London. The affiliation brings in the best academic practices and output. Students have performed phenomenally both in academics and in practice. It tries to unlock student’s potential by developing them on social, moral, intellectual and academic scales. Saint Martin’s institute is one of the leading and preferred colleges in Malta for international students because of its academic discipline.

The colleges stated above are just few out of many world class institutes in Malta. If you wish to study abroad in Malta we, at Golden future can help you in selecting right college and course. We have dedicated team of experts to assist aspirants who wish to study Masters or Bachelors in Malta. So hurry up! Get in touch with us to start your visa application process for Malta.