Cyprus has invested its riches in a high-quality European education system, with affordable university tuition costs and plenty of facilities and benefits. You’ll find not have trouble finding excellent Bachelor’s and Master’s degrees in Cyprus that will match the standards of international universities worldwide

Cyprus is an island country in the Eastern Mediterranean Sea. The third largest and third most populous island in the Mediterranean, and a member state of the European Union. Cyprus was placed under British administration in 1878 and formally annexed by Britain in 1914. Cyprus known as the 'Jewel of the Mediterranean' and legendary birthplace of Aphrodite, the ancient goddess of love and beauty, certainly lives up to the exacting standards of its divine patroness. Cyprus has successfully diversified its largely agrarian economy into one based on services - including a large tourism sector - and light manufacturing. More recently it has also developed into an important financial hub, especially for investors from Russia and Eastern Europe.

Cyprus is the most peaceful place on earth, with rugged mountains and picturesque countryside. Whatever the season, Cyprus provides ample opportunity to experience something new, interesting and exciting, including activities, events, customs and places that are unique and special to the island. Additionally, it is a safe haven, hosting immigrants from surrounding war-torn countries. The friendliness of the locals is admirable. 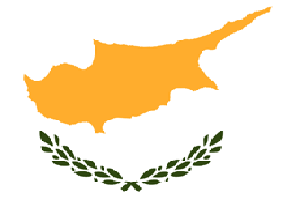 Cyprus has an extensive system of secondary and higher education. However, the latter is particularly popular among foreigners. There are around 25 000 students studying at the Cypriot universities, and the foreigners make up at least one-third of them. Several international colleges and universities in Cyprus offer dual degree programs, fully accredited by the UK and USA partner universities. Students are provided with the necessary conditions for a successful and comfortable study, as well as help with accommodation. All major universities and colleges have their own dormitories, and the monthly accommodation cost amounts to 150 EUR. Renting an apartment is more expensive, but all students limited financially may seek the college help in finding houses and apartments to live and share with four and more people.

There are several public and private universities in the country, offering study programmes in various fields, from business and medicine to computer science and tourism management. A staple of Cypriot higher education is the abundance of MBA programme which cater to the needs of the well-developed local business sector. The largest employers are the banks and holding companies which are relevant players in international trade. Therefore, universities and business schools have adapted to this economic reality with high-quality study programmes that offer real employability upon graduation.

The higher education institutions are well-funded and provide students with high-standard study halls, libraries, mess halls and student assistance offices, ready to handle the challenges that arise in an international campus. Entry requirements of the higher education institutions in Cyprus are the same as those of the European ones. Candidates shall have a certificate of complete secondary education as well as a good level of English. In addition, colleges offer a wide range of language courses for those who due to various reasons could not get the required number of credits in English.

A lot of universities offer scholarship base on varying factors to the most prestigious, outstanding and self-confident students in Cyprus. Endeavour Vocational Education and Training (VET) Scholarship in Cyprus provides financial support for international applicants to undertake VET at a Diploma, Advanced Diploma or Associate Degree level in any field in Australia for up to two and a half years. The Cyprus Institute offers Dean’s Distinguished Scholarships to international students to pursue doctoral degree (Ph.D.) studies. Cyprus International Institute of Management offers seven full scholarships worth € 82,000 and 50 partial scholarships. These scholarships are open to both Cyprus and international students for pursuing the undergraduate and postgraduate programme. The Cyprus Institute is offering two scholarships for its Ph.D. program in Computational Sciences Co-funded by the EU H2020 VI-SEEM Project. The School of Sciences at UCLan Cyprus is providing Ph.D. research scholarship in 5G communication Networks. The scholarship is open only to permanent residents in the Republic of Cyprus and to EU nationals due to residency requirements.