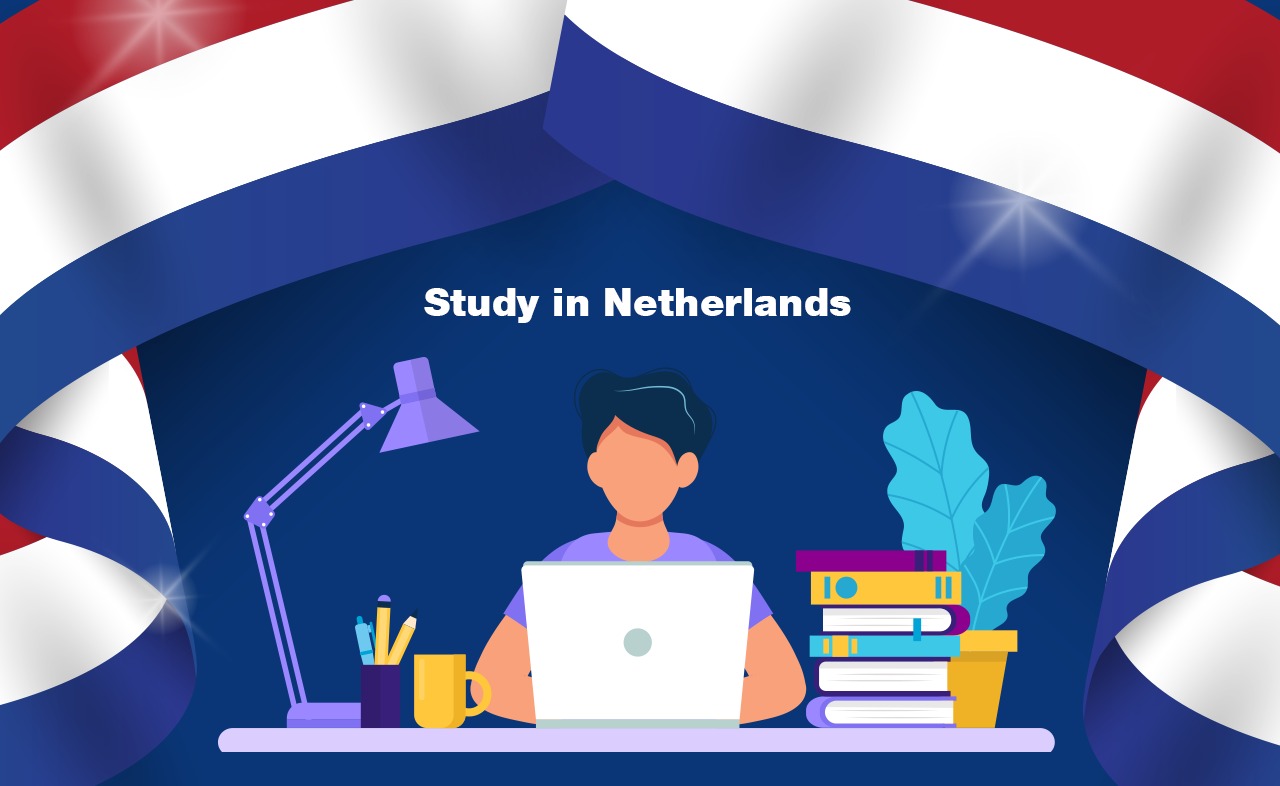 So, you are planning to move out for further studies! But where? Confused? We, at Golden Future, can help you out in selecting the right destination to make your career. Here, we brought one of the most demanding places to study in recent past by Indian students – The Netherlands. It is obvious when a question pops in your mind that why we suggesting to Study in the Netherlands? Well, there are many reasons for the same. First, the country has a truly international & multicultural environment for studies. International students from all over the world come to study in Netherlands. The country hosts more than 150 nationalities of students every year. It is also a hub of education for local European people. The Netherlands is also unique as far as Europe is concerned because 95% of the population is comfortable with English language, hence Indian students prefer to study here. Second, the study cost is more than affordable. On an average you need to spend around 6000 Euros for your course. However, this is subject to change with universities and courses you are enrolled in. Moreover, if you opt for part-time job, you can show your expenses and get tax refund as well. The affordable living compared to other destinations like USA, Canada, etc. is another lucrative reason why people choose to study in Netherlands.

The education system of Netherlands is of international standards and includes some of the best research-based universities of the world. It is one of the first countries who started offering different courses in English for foreign students. In Europe, the Netherlands was very early to adopt the modern study system of the Bachelor/Masters program and offer degree programs in English. This has led to one of the largest selections of courses available in Europe. International students can choose between a number of of Bachelor and Master Degrees from 70 different universities and institutions of higher education. There are basically two types if Universities in Netherlands, 1) Research Universities & 2) Universities of applied sciences. Research Universities offer more research-oriented academic programs, whereas universities of applied sciences, offering more practice-oriented study programs like management education.

Netherlands also offers higher job prospects compared to other international study destinations. Study in the Netherlands have brighter job prospects. The country is home of some of the largest companies of the world and many global groups have their European headquarters based in the Netherlands. With numerous nationalities studying in the Universities in Netherlands, it builds international mindsets which welcomes all and proficient in English as well. To conclude we should say that a brighter career awaits you in Netherlands. For more details related to the selection of university, course, study visa, visa application for Netherlands, etc. get in touch with an expert team of Golden Future at earliest.