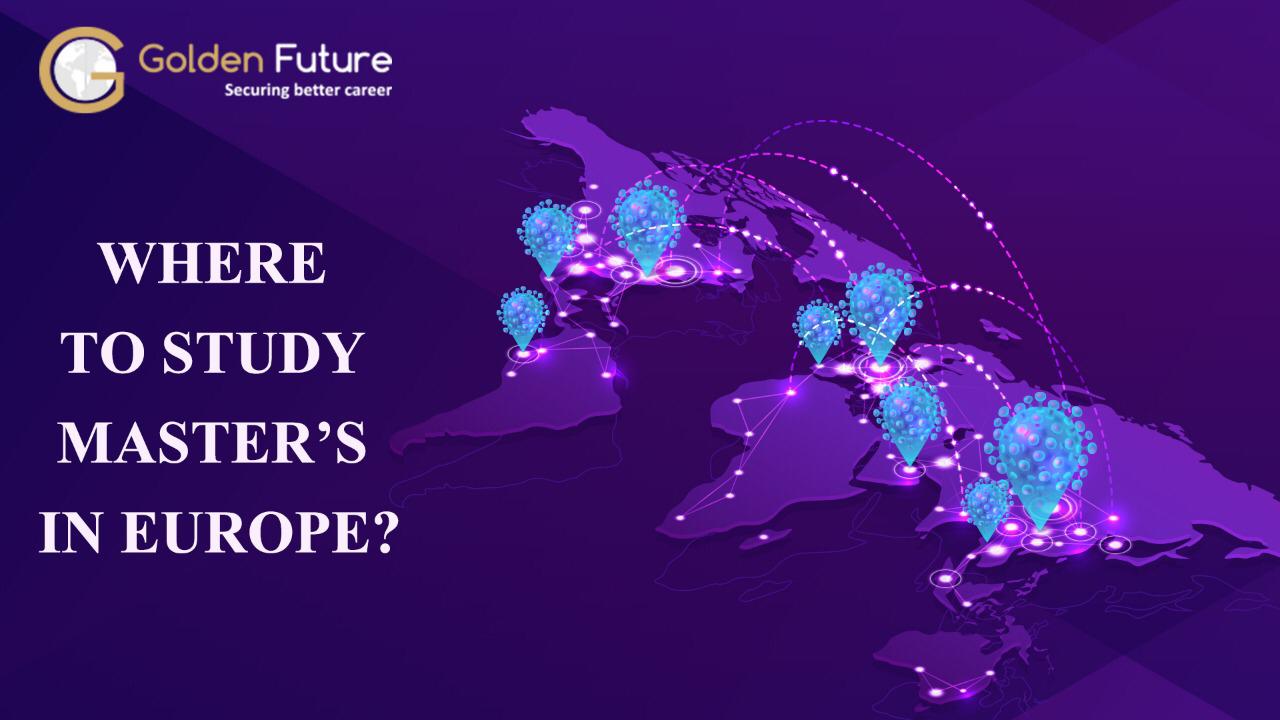 Where to study Masters in Europe?

Europe has some of the world's oldest and most prestigious universities, and a high-quality Master’s Degree program can be found almost everywhere on the continent. A Master's degree earned in Europe will attract prospective employers, and your time in Europe will open your eyes to a world of possibilities. Full-time, part-time, and online master's degree programs are available in Europe, catering to the needs of nearly any student.

For a Master’s Degree in Europe, there are many countries in the continents that have the best universities following are some.

Italy ranked 13th in the System Strength Rankings, is one of the best places to acquire a Master’s in Europe to study abroad. Italy is known for its long heritage, but it also has some of the world's oldest and most prestigious universities, with 26 universities included in the QS World University Rankings, with Politecnico di Milano ranking 187th. International students who chose Italy as their study destination would have access to a diverse cultural experience, including a thriving social culture, beautiful cities and scenery, and fascinating history.

It is also renowned for its high quality of life, with outstanding environmental credentials, which preserve its extensive Northern European natural beauty, as well as good protection and cleanliness. Sweden is ranked 14th in the QS Higher Education System Strength Rankings, making it the highest-ranking Nordic nation. Sweden not only has a robust higher education system, but its academics are noted for encouraging students to contribute their knowledge and think critically, personally, and creatively. Swedish universities are among the most prestigious in Europe, with eight appearing in the QS World University Rankings with Lund University ranking joint 70th.

Austria, which is known for its creativity in music and the arts, is ranked 29th in the System Strength Rankings and is another fantastic choice if you choose to study in Europe. Austria, being in the heart of Europe, is also a perfect destination for students who choose to travel to nearby countries like Germany or Switzerland. Innsbruck, the alpine capital, would appeal to skiers, while Vienna, the capital, is renowned for its attractive architecture, high quality of life, and diverse cultural offerings. The University of Vienna, the oldest in the German-speaking world, is ranked 153rd out of seven top universities in Austria.

Belgium is the next best place in Europe to study abroad, with a specific higher education structure that ranks it 15th in the Framework Strength Rankings, with two major language groups – Flemish and French (German is also an official language, and you may find you pick up a new language during your studies). However, if you want to study in English, it's a perfect choice, since there are several English-taught services and residents who are fluent in the language. The universities of Katholieke University Leuven (KU Leuven), which is also an international center of political affairs, are the world's highest-ranking university with the 83rd joint university.

If you want to study Master’s in Europe, Estonia is a good choice. It ranks 49th in the System Strength Rankings and is a pioneer in digital technology, with more active start-ups per capita than any other European country, like Skype and TransferWise. If you study in Estonia, you can have a one-of-a-kind experience in a world that has digitalized everything from health to parking (and more), as well as opportunities to discover beyond the tech bubble in its appealing cities and layout. Estonian students are motivated to be creative, and programs are in motion to assist students in turning their proposals into action.

The Czech Republic, which is ranked 38th in the System Strength Rankings, is another emerging study destination in Eastern Europe. The Czech Republic has a long history of high-quality education, especially in the sciences, engineering, and medicine; Charles University, the country's most prestigious university, was established in 1348. Czech universities are expanding their international collaboration with other universities as well as the amount of English-language taught programs available. The nation itself has a diverse history, and Prague Capital is considered one of Europe's most elegant and charming towns. With low tuition fees and low housing rates, the Czech Republic is also one of the most accessible European study destinations.

Studying abroad does not have to be expensive; in some cases, it could be a more cost-effective option than studying in your hometown. If you're concerned about tuition fees or living expenses, there are European countries where you can find a low-cost study environment while also receiving a high-quality degree. If you want to study and acquire a Master’s Degree in Europe and facing any difficulties or require any Career Counseling, we at Golden Future is the one-stop solution for all.

Europe is an incredible place to learn about history, culture, and yourself, and no matter where you study abroad, you'll leave with lasting memories and a new outlook on the planet!

Study in Ukraine: A Step ahead towards your bright future

Study in Finland for Indian Students

How to Apply for Finland Student Visa

How to Apply for A Student Visa for France

Study in Ukraine for Indian Students

How To Apply For A Student Visa For Studying in France?

Benefits of Studies in France

Why should Indian students Study in France?