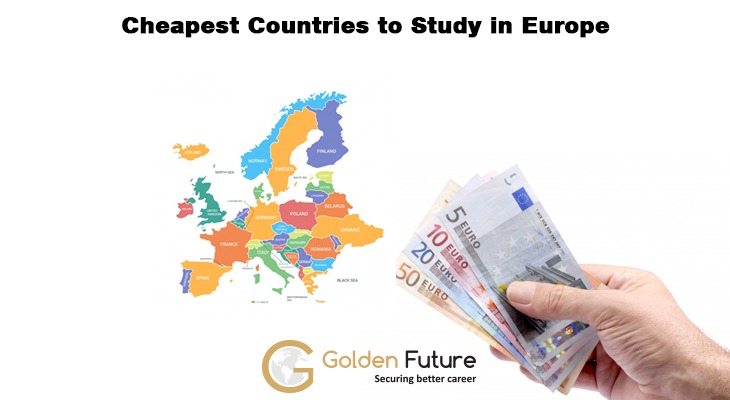 Cheapest Countries to Study in Europe

Studying abroad, especially in Europe is always a good idea. The quality of education, discipline and the education system as a whole has a lot to offer as compared to India. But the ambition to climb up on ladder for better education, one need to invest lot. When it comes to education in Europe, we usually think of UK, Netherlands, Greece etc. The countries are good to study but also demands huge financial muscles to fund the complete course. On the other hand, there are number of countries which have the equally best education system and are less expensive than the famous countries. Let's take a look on few of them:

Germans are known for their commitment and discipline. These two characteristics have formed their education system in a wonderful way. Germany guarantees the best education one can ever has across the globe and their universities are most respected ones. Germany is also well known for best research, academic performance and student facilities. The nation do not charge high tuition fees from both local and international students. There are regions like Munich in Germany, where the average tuition fee is hardly INR 80,000/- per academic year which is far less compare to cities like London and Paris. Top German Universities are: Technische Universität Berlin; Freie Universität Berlin; Humboldt-Universität zu Berlin; Ludwig Maximilian University of Munich and Technical University, Munich.

Belgium is located at the heart of Europe. The capital, Brussels and the entire country is more than affordable to international students specially Indian students. Indians are treated with a high degree of respect in this part of the world. Belgium is home to the United Nations headquarters and has a multicultural environment which is best suited for studies. The average tuition fee per academic year is up to INR 80,000/-. Moreover this is an English friendly nation where number of universities offers their courses in English only. Cost of living in Belgium is also lower as compared to other European countries. Top Belgium Universities are: University in Leuven, Belgium, Vrije Universiteit Brussel (VUB) and Université Libre de Bruxelles (ULB).

Austria offers you the safest environment of the world that you can ever imagine. Places like Vienna and Salzburg are the education hub of the country. The place is preferred by many students who wish to learn architects, music and psychology. The classy blend of German, Hungarian, Austrian and Italian culture makes it at the top of these field. Also the various public universities in the country have tuition fee not exceeding more than INR 70,000/- per academic year. If one searches well and has a good study consultant, it might also suggest you the universities which do not charges the tuition fee. Top Universities in Austria: University of Vienna, Leopold-Franzens-Universität Innsbruck, University of Graz, etc.