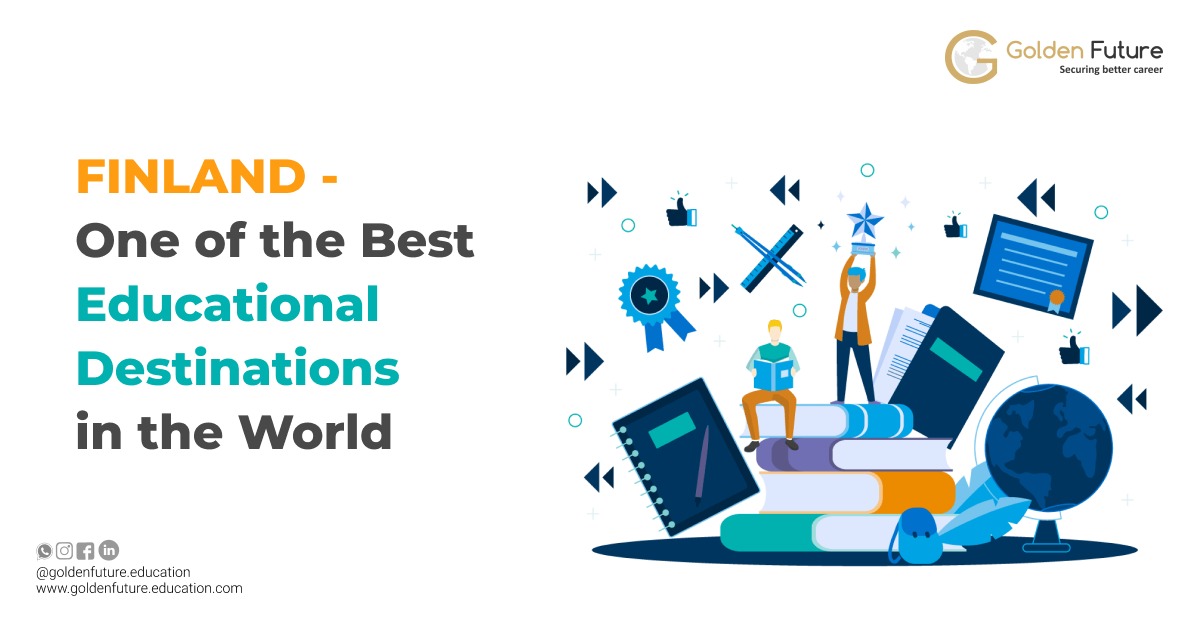 Why Study in Finland?

Finland is rated as the greatest country in Europe for international students to study. The 2014 StudyPortals International Student Satisfaction Awards have produced this. On STeXX.eu, the largest database of international student experiences, nearly 7,000 students evaluated their study abroad experiences. With an overall rating of 9.2 out of 10, Finland was regarded as the best country. These findings offer unique perceptions on how universities work from the viewpoint of students.

How studying in Finland can help your career?

For international students, there are scholarships available at all universities and colleges of applied sciences.

What makes studying in Finland so great?

Generally speaking, Finland is well renowned for having a top-notch educational system. According to comments from foreign students on their experiences studying in Finland, this is not just a myth but also something that many of them appear to encounter. Students applaud the nation for its high academic standards and the teaching personnel, highlighting multiple times how kind everyone is to students.

International students frequently suggest study in Finland because of its active student life, city, and culture. In comparison to other nations, the services provided by Finnish institutions have received very positive feedback, and the overseas offices have been praised for their friendly and customer-focused staff.

Top Reasons to Study in Finland

1. Study in Finland is free!

You read that right: In Finland, education is free! In contrast to most nations, Finland has managed to retain university education completely state-funded, including for overseas students. Most nations force students to pay a tuition charge, which is frequently expensive. There are a few exceptions, including several master's programmes that charge non-EU/EEA students tuition.

Think again if you believe that free things are worthless or of little value. One of the best higher education systems in the world is considered to be that of Finland. Eight universities from the nation are listed in the 2012–2013 QS World University Rankings, and the majority improved from the previous year. Aalto University (222), University of Oulu (222), University of Helsinki (78), and University of Turku (211) hold the top four spots (262).

Finland has some absolutely breathtaking natural settings, and is especially well-known for its lakes, islands, and ski resorts. Additionally, according to the nation's official tourism website, there won't be any traffic jams, football hooligans, royalty, smog, slums, pushy salespeople, or crowded beaches.

Finnish people are known for being open and welcoming. Rather, a simple "Hey, how are you?" Kind of in a let's be friends way. That's nice.

Study in Finland probably has something to offer no matter what you're interested in. This is particularly valid if your interests and hobbies include ice hockey; heavy metal; fishing; saunas; design displays; snowsports; and drinking milk.

Finland has been at the forefront of social progress and many of the countries earliest suffrage movements were led by Finnish women. Golden Future helps Students by giving opportunity of Studying in Finland for a very high quality of life. Finland is a country that has been successful in balancing work and life. Finland has a well-developed welfare system, and there is a great emphasis on human rights.

How to Get Europe Visa again if Rejected

How to get Visitor Visa to Europe from Ahmedabad

Reasons to Study in Portugal